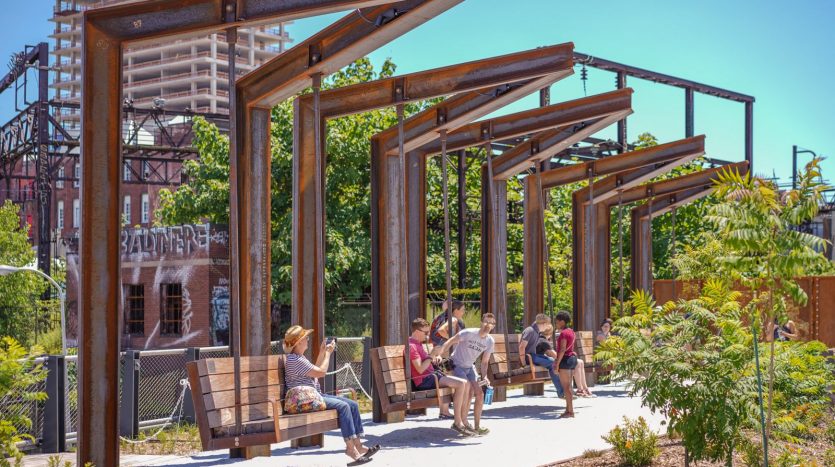 This week, Urban Engineers, the group behind the ambitious Rail Park project, announced that they’ve won the 2018 award for Outstanding Engineering Achievement from the Pennsylvania Society of Professional Engineers’ Philly Chapter. It’s the top award in a category that highlights the Philly area’s best projects that were engineered and/or built this year.

It’s a good way to close off a monumental 2018 for the project, which still has way to go before it completely wraps up.

City officials and engineers behind the Callowhill park celebrated the opening of its first phase this summer, nearly eight years after they first began discussing the project. The first phase is a quarter-mile stretch of public space that leads from Callowhill between 12th and 11th Streets, to the intersection of North Broad and Noble streets. When the remaining phases are completed, it will be a three-mile park that stretches up past the Parkway, to Girard and 31st streets.

It runs along the path of the abandoned, 19th-century Reading Viaduct rail line, and features several details reminiscent of the High Line in New York, with its own Philly twist. There are walking paths, landscaping, swinging benches, and views right into Center City.

“The park is a much needed green amenity to Center City’s northern edge,” Urban Engineers wrote in a statement on the award this week. “The park’s design was chosen to reflect the neighborhood’s industrial roots and repurpose the historic elements of the rail structure wherever possible.”

Check out 0ur listings located within walking distance to the Rail Park.