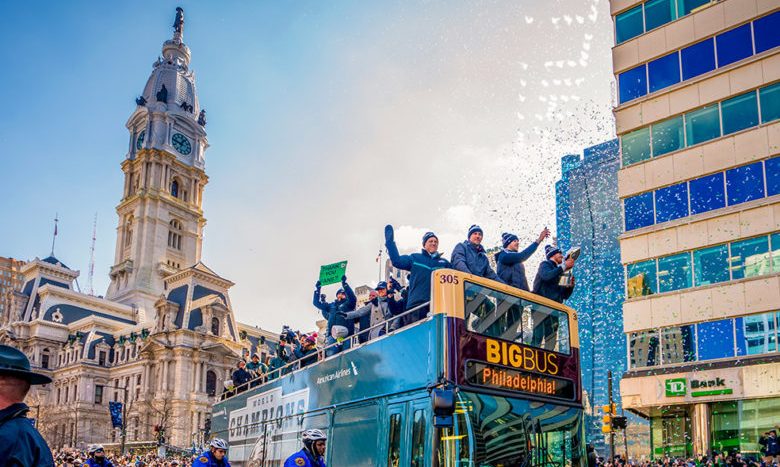 Philly Named City Of The Year By GQ

As if there weren’t already plenty of reasons to visit Philly, GQ just sweetened the deal. (Featured photo by J. Fusco for Visit Philadelphia)

The monthly men’s magazine just announced the City of Brotherly Love is also its City of the Year!

Since Philly put America on the map way back in the 18th century, the city’s been making big moves — and the 2018 award recognizes a year of huge wins.

The Philadelphia Eagles kicked off an amazing year with the team’s first-ever Super Bowl win and a massive parade, and the city’s been in a celebratory mood all year long.

But, as we know, Philly is much more than a sports town.

“We started winning,” GQ writer and Germantown native Zach Baron writes in the profile. “It just feels … different in Philadelphia. Downright victorious, even.”

Baron’s GQ profile features one of those chefs: Cristina Martinez of El Compadre, who told the magazine one of the things she loves best about Philly is how attentive people are to the work she does at the restaurant and its impact on the Latino community.

Philadelphia might be known for its history, but there’s no better time than now to book a visit.