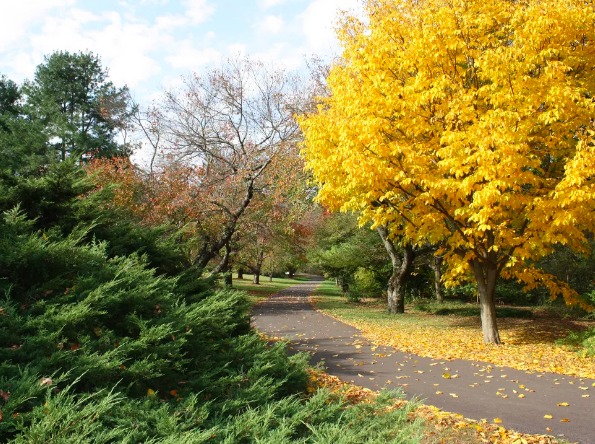 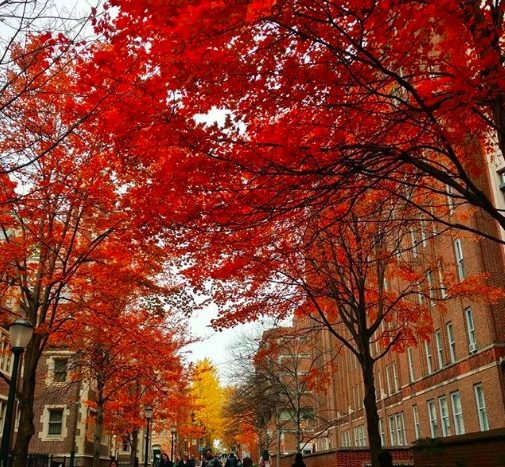 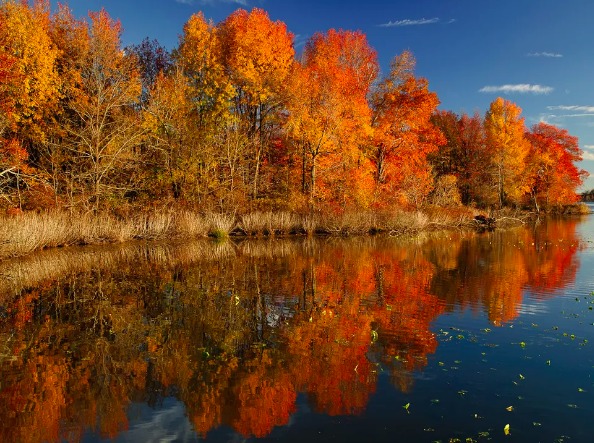 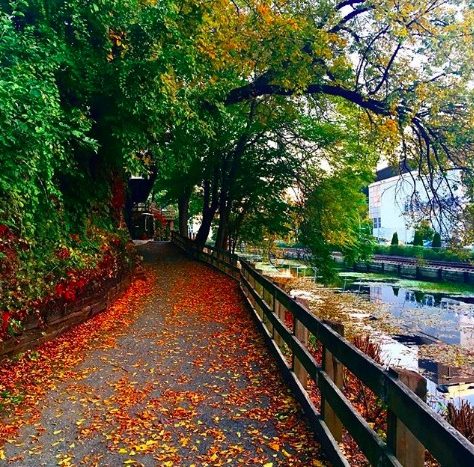 Photo by @uofpenn via Instagram. Article written by Melissa Romero for Curbed Philly.

In Philly, we have an amazing array of places to check out the best of fall colors. From idyllic, tree-lined streets, to quiet parks and landmarks, here are some of the best Philly spots to take in the autumn atmosphere.

1.  Morris Arboretum of the University of Pennsylvania 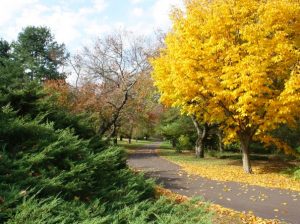 There are more than 12,000 plants and trees at the Morris Arboretum, so you can count on it being one of the best places to see vibrant fall colors. Before you go, check out their website’s helpful guide to what’s in bloom right now.

For many, the Shofuso Japanese House and Garden is synonymous with spring. It does, after all, host the wildly popular Cherry Blossom Festival in April. But it’s also a prime spot to visit in the fall, when the Japanese maples turn a vibrant red hue. Definitely don’t overlook it.

While on your way to the Philadelphia Museum of Art or the Whole Foods, take a stroll along the Benjamin Franklin Parkway. It’s lined with large, stately trees that make for a peaceful walk even as cars whiz past. 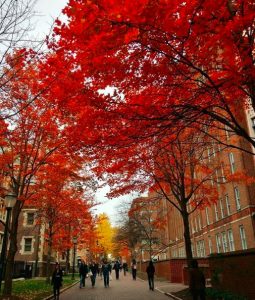 If you find yourself on Penn’s campus, take a stroll along Locust Walk. The mile-long pedestrian path is lined with oaks, white ash, London plains, and elms. It’s a quintessential part of Penn during all seasons, but it’s especially beautiful this time of year.

Of course one of the most photographed spots in Philly would have some of the best fall foliage. The tall trees buff the periphery of Independence Hall, making it a picture-perfect scene. But be sure to go to the other side of the building, where you can sit and gaze up toward the foliage, too. 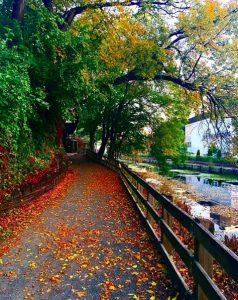 Walk, bike, or jog along the Schuylkill River this fall for some epic fall views. It’s nice all along the trail, but definitely go past the art museum toward Kelly Drive. If you’re really ambitious, make the bike trek all the way up the trail to Valley Forge National Park to really up the fall foliage ante. Sullivan’ Bridge offers an official connection between the trail and the park.) 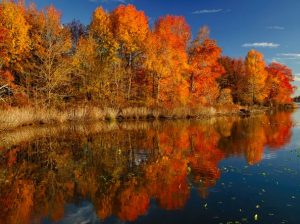 America’s first urban refuge was established in 1972 to protect Tinicum Marsh, the largest remaining freshwater tidal wetland in Pennsylvania. Flat trails take you through the refuge’s 1,000 acres of woods, marsh, ponds, and meadows that serve as a pit-stop for migratory birds headed south for the winter. During high tide you can explore the refuge via canoe or kayak.