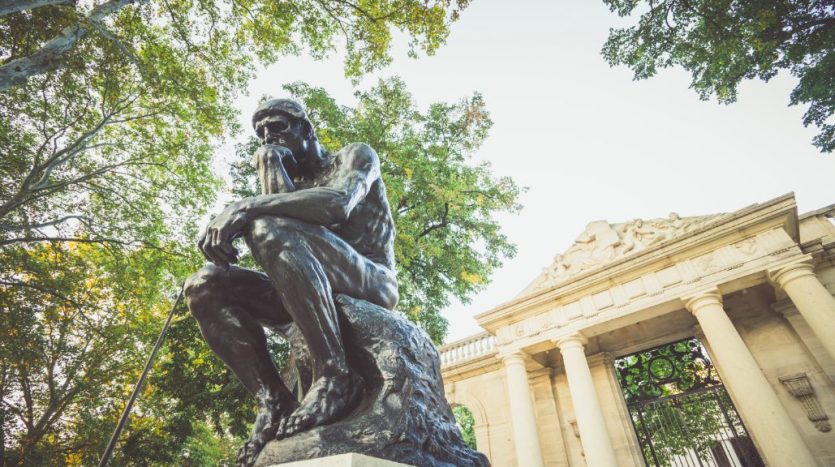 From Rittenhouse Square to the Rodin Museum, many Philly landmarks are tied to the French architect.

Though arguably lesser-known than Philly starchitects such as Louis Kahn and Robert Venturi, Paul Philippe Cret was an accomplished and influential designer in his own right during the mid-20th century.

Beginning in the early 1900s, the French-born architect taught design at the University of Pennsylvania—where, in fact, Kahn was his student—and was responsible for dozens of iconic works of architecture and industrial design built within a 30-year span. Here, we present [some of] Cret’s greatest hits in Philly.

The Parkway is arguably one of Cret’s most famous contributions to Philadelphia, his original design going on to forever change the city’s landscape. Cret was commissioned by the city to design a broad boulevard that would connect the city with the bucolic Fairmount Park. Cret presented his plans in 1907, but it took another 10 years before his plans were implemented with some changes and additions by fellow Frenchmen Jacques Gréber. The two later collaborated on the Rodin Museum, also on the Parkway.

Rittenhouse Square was originally known as Southwest Square, one of the original five squares included in William Penn’s plan for the city of Philadelphia. It wasn’t until 1913 that Cret, commissioned by the neighborhood’s wealthiest families to redesign the public park, brought his design prowess to the space. Cret’s French influence remains to this day, from the classical entryways to the stone railings to the formal fountains and pools.

Before the Barnes Foundation made its controversial move to the Benjamin Franklin Parkway in 2012, the enormous art collection of Dr. Albert C. Barnes was housed in the original Barnes Foundation Museum in Merion Station, just 8 miles from its new home on the Parkway. In 1922, Barnes commissioned Cret to design the gallery and residence to promote the fine arts and horticulture. Cret designed a classical building that stood in stark contrast to the Modern works of art housed inside. The building has now been leased out to St. Joseph’s University for a shocking $100 a year, Philly.com reports.

Fresh off the success of his Pan American building in Washington, D.C., in 1920 Paul Cret signed on as supervising architect for what was then called the Delaware River Bridge. The bridge was the first of many for Cret, and when it opened on July 4, 1926, the nearly two-mile structure held the title as the longest suspension bridge in the world for a few years. It was renamed the Benjamin Franklin Bridge in 1955.

The Rodin Museum is a product of Benjamin Franklin Parkway (#1) era, built at the end of the 1920s as hundreds of industrial buildings and structures were razed to make way for the city’s grand boulevard lined with cultural institutions. As architect, Cret worked with landscape architect Jacques Greber again to design the Beaux-Arts gem of a museum to house Jules E. Mastbaum’s impressive collection of works by Auguste Rodin outside of France.

Philly is full of soaring condo towers and luxury apartment buildings, but Cret’s 2601 Parkway Condominiums hails itself as the large residence of its scale in the city when it opened in 1939. Cret designed the 13-story building on the Benjamin Franklin Parkway, adjacent to Fairmount Park that was meant to meet the highest standard of living in the city, rivaling similar-sized developments in New York.

DG Gives Back: A $10,000 sponsorship to Philadelphia school
Why Buyers and Sellers Should Look at Rental Data in Their Area