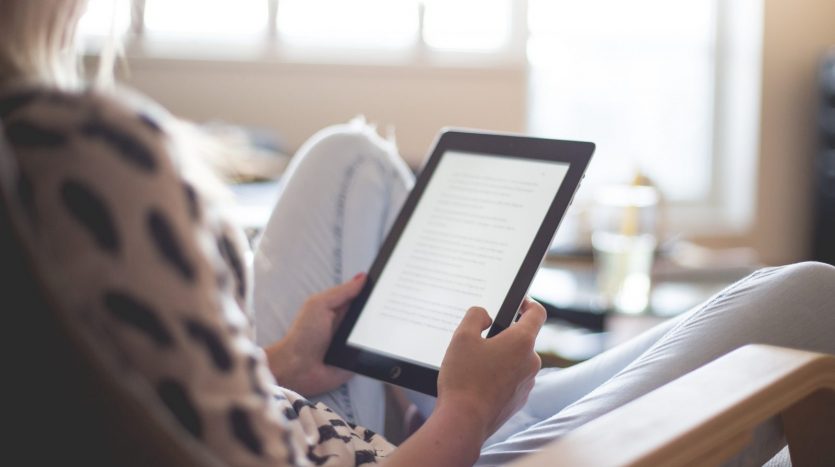 Original article by Marcel Schwantes via CNBC Make It:

When I was in my early 20s, leadership development was not a blip on my radar.

Rarely did I ever ask myself: What skills are unique to great workers and leaders? It wasn’t until much later that I realized how much transformation could come from reading.

Now, having entered the fifth decade of my life, I can say with confidence that the titles below have significantly changed the way I think, act, lead and perceive the world around me. I currently run an executive coaching company, but had I been able to absorb the knowledge from those books much earlier in my career, I’d be even more successful today.

As a CEO and leadership coach, here are the 11 books — about leadership, success and professional growth — that I consider to be the best of the decade:

1. ‘Humble Inquiry: The Gentle Art of Asking Instead of Telling’

Communication is key to a healthy workplace. But all too often, managers — no matter how much leadership experience they have — simply tell their teams what they think their team needs to know. This ultimately stifles growth in the organization and can often lead to conflict and miscommunication.

To generate groundbreaking ideas and avoid disastrous mistakes, Edgar H. Schein, professor emeritus at MIT’s Sloan School of Management, argues that leaders must learn how to practice “Humble Inquiry,” which he defines as “the fine art of drawing someone out, of asking questions to which you do not know the answer, of building a relationship based on curiosity and interest in the other person

2. ‘Nine Lies About Work: A Freethinking Leader’s Guide to the Real World’

By Marcus Buckingham and Ashley Goodall

Adam Grant, best-selling author of “Originals: How Non-Conformists Move the World,” calls this must-read “one of the most provocative, lucidly written books” he’s ever read about work. “Be prepared to throw your strategic plan out the window and become well-lopsided instead of well-rounded.”

3. ‘Delivering Happiness: A Path to Profits, Passion, and Purpose’

Before he became the CEO of Zappos, Tony Hsieh worked on a worm farm, ran a pizza business and co-founded internet advertising network LinkExchange (which he sold to Microsoft in 1998). And he’s learned a lot throughout his journey.

In “Delivering Happiness,” Hsieh shares the lessons he’s learned in business and life and illustrates how creating what some might call an “unconventional” corporate culture can be a powerful model for achieving success.

More importantly, he explains how we can dramatically increase our own life satisfaction: By concentrating on the happiness of those around us.

Named by Oprah Winfrey as “a thought leader for the next generation,” Marie Forleo has taught thousands of entrepreneurs, artists and passionate go-getters from all walks of life how to dream big — and back it up with daily action to create results.

At its very core, this book is a deeper reflection on something Forleo’s mother once told her: “Nothing in life is that complicated. You can do whatever you set your mind to if you roll up your sleeves. Everything is figureoutable.”

Whether it’s a miserable job, a toxic addiction, a broken relationship or a work challenge, Forleo offers plenty of effective and forward-thinking advice on how to break down the barriers that hold us back from success.

Michael Ventura, CEO of the award-winning design firm Sub Rosa, has worked with iconic brands like Google, Nike and Warby Parker to help them truly understand their leaders, their colleagues and themselves.

In “Applied Empathy,” he explains why practicing empathy is the only path to powerful leadership. But most leaders don’t fully understand how to do this.

This book will teach you what it really means to practice empathy (and no, it’s not about expressing pity or sympathy) so you can create a more diverse, innovative and driven team.

6. ‘Switch: How to Change Things When Change Is Hard’

By Chip Heath and Dan Heath

Ever wondered why it’s so hard to make changes and actually stick to them? The authors of the critically acclaimed best-selling book, “Made to Stick: Why Some Ideas Survive and Others Die,” answers this question in their new book.

Using a story-driven narrative and the latest research in neuroscience and psychology, “Switch” will challenge you to think about how to align your purpose with your actions and emotions.

7. ‘The Art of Being Unreasonable: Lessons in Unconventional Thinking’

Not living the extraordinary life you’ve always dreamed of? Maybe you’re being a little too reasonable. Eli Broad’s embrace of “unreasonable thinking” has helped him build two Fortune 500 companies — both of which have helped him amass billions of dollars.

Being too reasonable can be dangerous, the entrepreneur and philanthropist says, because it shifts all your focus to figuring out why something new and different can’t be done. Those who know how and when to be unreasonable, however, are able to come up with innovative strategies that lead to success.

In “The Art of Being Unreasonable,” Broad shares several “unreasonable” principles that can be applied to both your personal and professional lives.

Building inner character is just as important as building your career.

In “The Road to Character,” New York Times op-ed columnist David Brooks explores how some of the world’s most influential leaders — from former president Dwight Eisenhower to social activist Dorothy Day — have built inner character: Through internal struggle and a sense of their own limitations.

The Economist writes: “If you want to be reassured that you’re special, you’ll hate this book. But if you like thoughtful polemics, it’s worth logging off Facebook to read it.”

9. ‘Why Do So Many Incompetent Men Become Leaders? (And How to Fix It)’

Psychologist Tomas Chamorro-Premuzic, who studies personality profiling, people analytics and leadership development, points out that 75% of people quit their jobs because of their direct line manager.

And while it’s a known fact that there are more men in leadership positions than there are women, Chamorro-Premuzic argues that instead of scrutinizing the reasons why women aren’t able to get ahead, we should be looking more critically at the lack of career obstacles for men.

Cindy Gallop, founder and CEO of IfWeRanTheWorld, calls this must-read the “single most important book on leadership of our time.”

10. ‘The Outsiders: Eight Unconventional CEOs and Their Radically Rational Blueprint for Success’

A graduate of Harvard College and the Stanford Graduate School of Business, William Thorndike details the extraordinary success of eight successful CEOs who took a radically different approach to corporate management.

You might not recognize their names, but you’ve probably heard of their companies: General Cinema, Ralston Purina, Berkshire Hathaway, General Dynamics and Capital Cities Broadcasting, to name just a few.

″[‘The Outsiders’] is an outstanding book about CEOs who excelled at capital allocation,” billionaire Warren Buffett wrote in his 2012 annual shareholder letter. “It has an insightful chapter on our director, Tom Murphy, overall the best business manager I’ve ever met.”

By John Mackey and Rajendra Sisodia

Whole Foods CEO John Mackey and Conscious Capitalism co-founder Raj Sisodia team up to illustrate how capitalism and good business can be the driving force of the change that the world needs.

“Free enterprise, when combined with property rights, innovation, the rule of law and constitutionally limited democratic government, results in societies that maximize societal prosperity,” Mackey writes in the book. “It establishes conditions that promote human happiness and well-being — not just for the rich, but for the larger society, including the poor.”

“Conscious Capitalism” will help you better understand how some of the most recognizable companies, including Whole Foods Market, Costco and Google, are using profit to build a more cooperative, humane and positive future.

Marcel Schwantes is the founder and CEO of Leadership from the Core. As a leadership coach, he addresses the elements required to create human-centered workplaces that result in high-performing cultures. Marcel is also the host of the podcast, “Love in Action,” where he interviews the world’s top leaders and influencers. Follow him on LinkedIn and Twitter.

5 Powerful Reasons to Own Instead of Rent